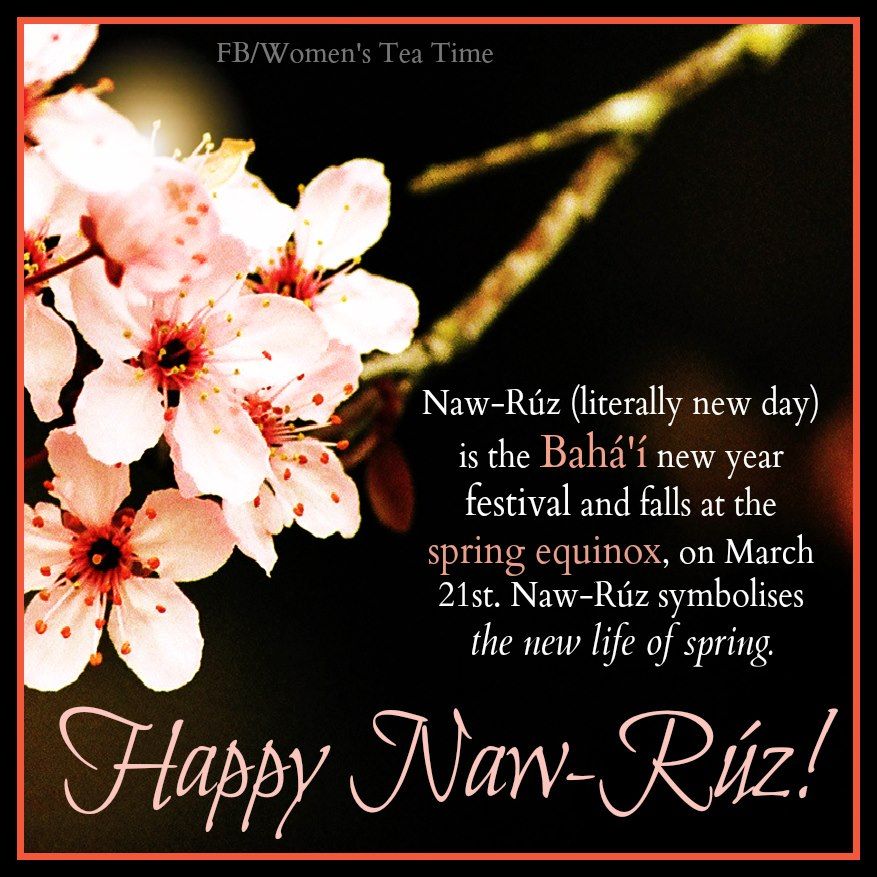 Naw-Rúz is the first day of the Baháʼí calendar year and one of nine holy days for adherents of the Baháʼí Faith. It occurs on the vernal equinox, on or near March 21, which is the traditional Iranian and Afghanistan New Year.

The traditional Nowruz holiday, from which the Baha’i holiday derives, has been celebrated since ancient times in Iran and is observed by culturally-adjacent peoples in Azerbaijan, Turkey, Iraq, Armenia, Georgia, Russia, Afghanistan, Pakistan, Syria, and Tajikistan. The Báb, the founder of Bábism, and then Baháʼu’lláh, the founder of the Baháʼí Faith, adopted the day as a holy day and associated it with the Most Great Name of God.  The Baha’i holiday as now calculated does not always fall on the same day as the traditional festival (but may differ by one day), and does not incorporate a number of Persian cultural practices associated with the traditional holiday, but is a religious event featuring readings from Baha’i scriptures.