Martyrdom of the Bab 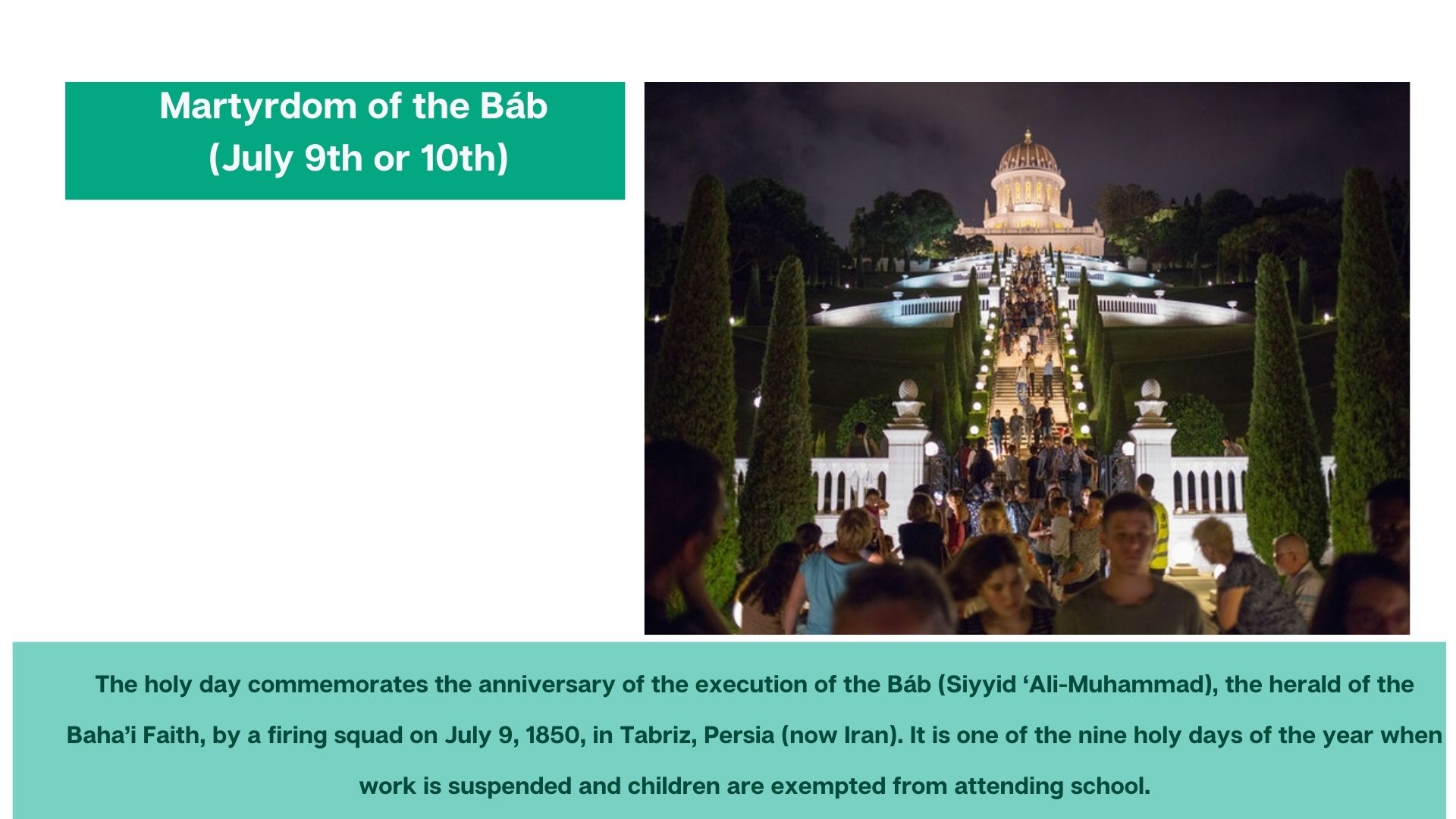 Siyyid ‘Ali-Muhammad was known as the Bab, meaning “the Gate” in Arabic.  The Bab was a Messenger of God Who, in 1844 in Iran, announced that He was the gateway to a new era for humankind. It was the Bab’s mission to prepare the people for the coming of another, greater Messenger Who would share divine teachings that would allow humanity to come together to create justice and usher in the long foretold era of universal peace.

The Bab was an advocate of the poor. He supported the advancement of women, universal education, and the study of science—radical ideas in that time and place.

Over the course of six years, the Bab attracted many thousands of followers. The enthusiasm with which they accepted His teachings alarmed the clergy and government officials of the day. They imprisoned and tortured the Bab and hundreds of His followers, called Babis. Despite these persecutions, the movement spread like wildfire.

In 1850 a new prime minister ordered the Bab to be executed by firing squad. The night before the planned execution, a young man called Anis, threw himself at the feet of the Bab and begged to be martyred with Him.

On the morning of July 9, thousands of people gathered to watch the execution in the public courtyard of the barracks in Tabriz.

The Bab and Anis were suspended by ropes on a wall and a firing squad of soldiers prepared to shoot. The order to fire was given. When the smoke cleared, not only had the first volley failed to kill them, the Bab was nowhere to be seen. Guards found Him in His cell completing a letter that had been interrupted. A second firing squad was brought in and a second order to fire given. This time the 750 shots succeeded.

The precious shattered remains of the bodies were secreted away by faithful friends who concealed them until, in 1909, they were able to be interred in a special tomb, the Shrine of the Bab on Mount Carmel in present-day Haifa, Israel.