Declaration of the Bab 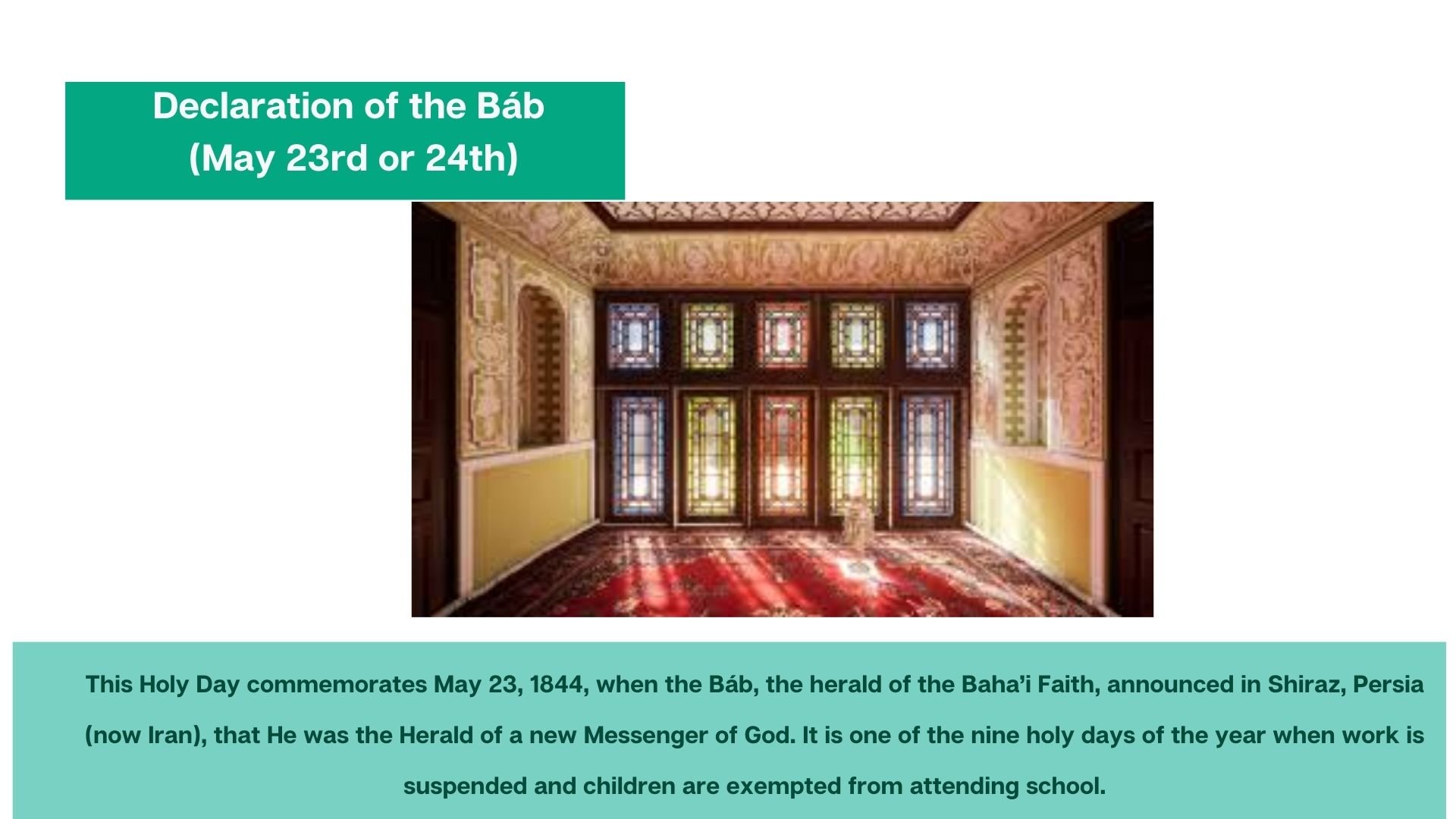 The Declaration of the Báb happened in May 1844 when a Shi’a Muslim, Mullá Husayn, was on a journey looking for the Promised One. The Promised One, also called Al-Qāʾim in the Shi’a tradition, is a messiah figure told about in holy scriptures.

This young man who was only 24 years old, told Mullá Husayn that he was Siyyid Kázim’s successor and the bearer of divine knowledge. When Mullá Husayn described the prophesies of The Promised One, Ali Muhammad declared, “Behold, all of these signs are manifest in me.”

Ali Muhammad then proceeded to explain the meanings of difficult holy teachings to Mullá Husayn and convinced him that he was the Promised One that Mullá Husayn had been searching for. Ali Muhammad said, “O Thou who art the first to believe in Me! Verily, I say, I am the Báb, the Gate of God.” Siyyid Ali Muhammad took the title of “The Báb,” which in Arabic means “the Gate.” He was the first of two prophetic figures who founded the Baha’i Faith, the other being Baha’u’llah, which in Arabic means “The Glory of God.”