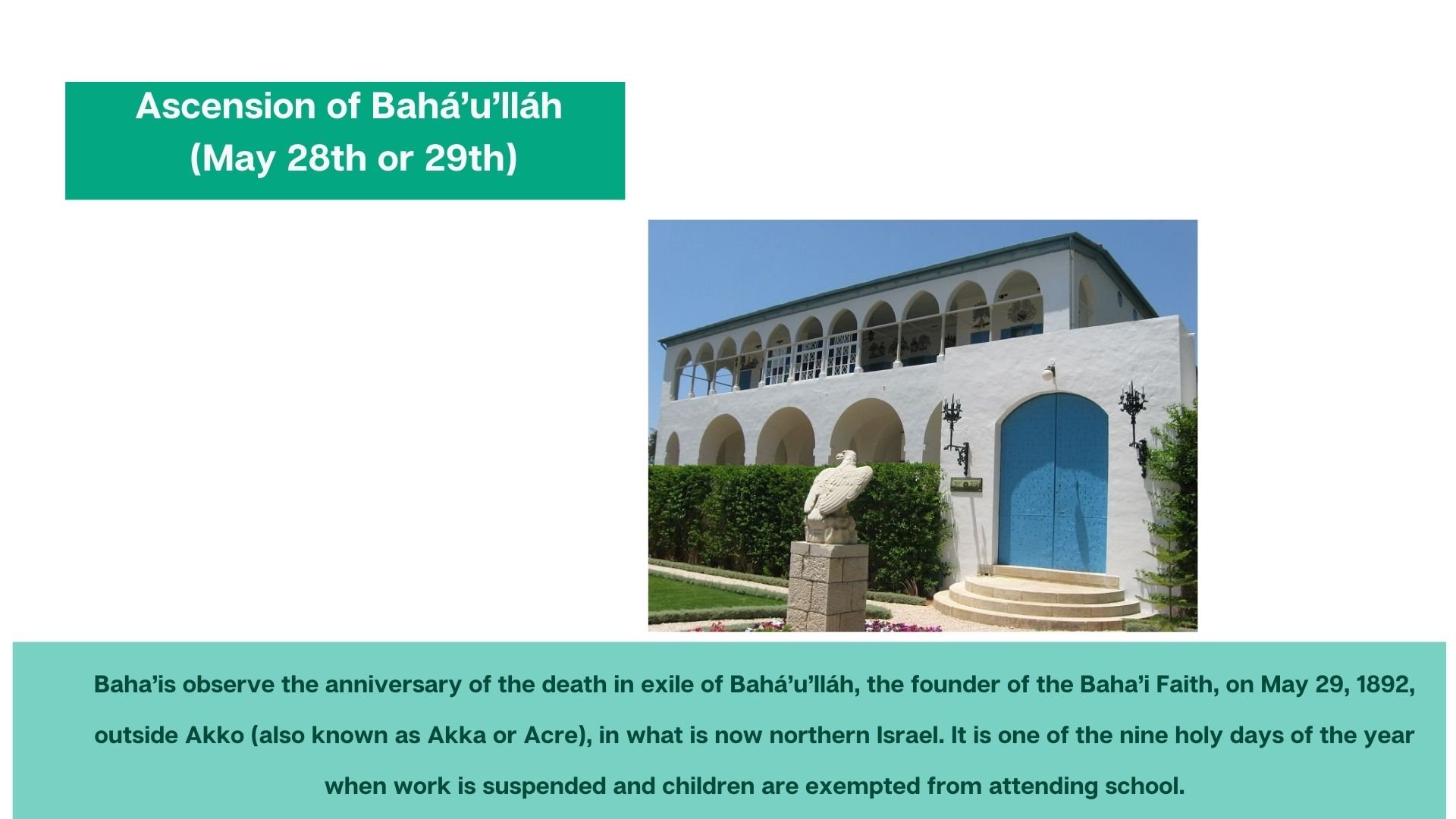 The holiday commemorates the anniversary of the death of Bahá’u’lláh, the founder of the Bahá’í Faith. Baha’u’llah was seventy-five years old when he passed away on May 29, 1892.

At the age of 27, Bahá’u’lláh became a follower of the Báb, a Persian merchant who began preaching that God would soon send a new prophet similar to Jesus. The Báb and many of his followers were executed by the Ottoman authorities for their beliefs. Bahá’u’lláh was exiled for the same reason, despite this, in 1863 he declared that he was the expected prophet the Báb spoke of. Since then, Bahá’ís have seen Bahá’u’lláh to be a Manifestation of God.

Bahá’u’lláh was imprisoned by Ottoman authorities, first in Edirne, and then in the prison city of Acre, (present-day Israel), where he spent his final 24 years of life. On May 9, 1892, Bahá’u’lláh contracted a fever which became progressively worse, and resulted in his death. Just after sunset on the day he passed away, Bahá’u’lláh was buried in a simple room in a house next to the Mansion of Bahjí in Arce, where he resided. His burial place is a destination of pilgrimage for his followers, and the Bahá’í World Centre sits in nearby Haifa. Bahá’u’lláh named Abdu’l-Bahá as his successor and head of the Bahá’í Faith. This was the first time in history that the founder of a world religion had named his successor in a written irrefutable text. This choice of a successor is central to what is known as the Covenant of Bahá’u’lláh.