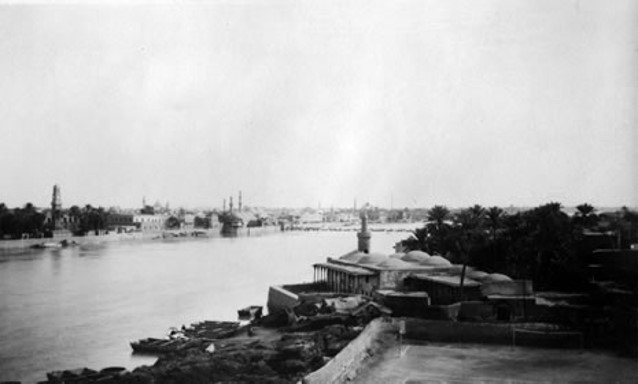 Upon Bahá’u’lláh’s release from imprisonment, Bahá’u’lláh accompanied by His wife Navváb, (Who was six weeks from giving birth upon departure.) His eldest son ‘Abdu’l-Bahá , Bahíyyih Khánum and two of Baha’u’llah’s brothers, Mírzá Músá and Mírzá Muhammad-Qulí. Mírzá Mihdí , was very delicate and so was left behind with the grandmother of Àsíyih Khánum. They were escorted by an officer of the Persian imperial bodyguard and an official representing the Russian legation. were exiled from Iran to Baghdad . During the three-month journey, ‘Abdu’l-Bahá suffered frostbite and grieved over the separation from his baby brother, Mihdí, who was not well enough to make the grueling journey.